Posted by BGCCC
News
Comments are off for this post

The 2012 Chrysalis Ball held on Saturday, October 20th was one of the most successful fundraising galas in the BGCCC history.  The event, held at the Embassy Suites Hotel and Conference Center in Frisco, was attended by over 625 people and generated in excess of $750,000 in gross revenues.  Not since 2007, before the economic downturn, has this amount of money been raised.  For the third straight year, Capital One served as the Title Underwriter for the BGCCC’s biggest fundraising event of the year.  Capital One also sponsored a golf tournament in May and continuously supports the Boys & Girls Clubs of Collin County with many programs and volunteers throughout the year.  Their involvement enables thousands of club members to participate in programs that help them become productive, caring and responsible citizens.

A matching donation of $100,000 by Ken Moraif of Money Matters with Ken Moraif kicked off the most successful Sponsor a Child program at the end of the evening.  Leading up to the Sponsor a Child donations, an emotional personal story by one of the Boys & Girls Clubs of Collin County former members, had the attendees showing their emotions and providing a standing ovation for the speaker.  A total of $250,000 plus was raised during this portion of the evening thanks to many attendees who donated plus the matching donation.  A very successful Live and Silent auction program coupled with the many corporate underwriting and personal table sponsorships helped make the evening a great success. 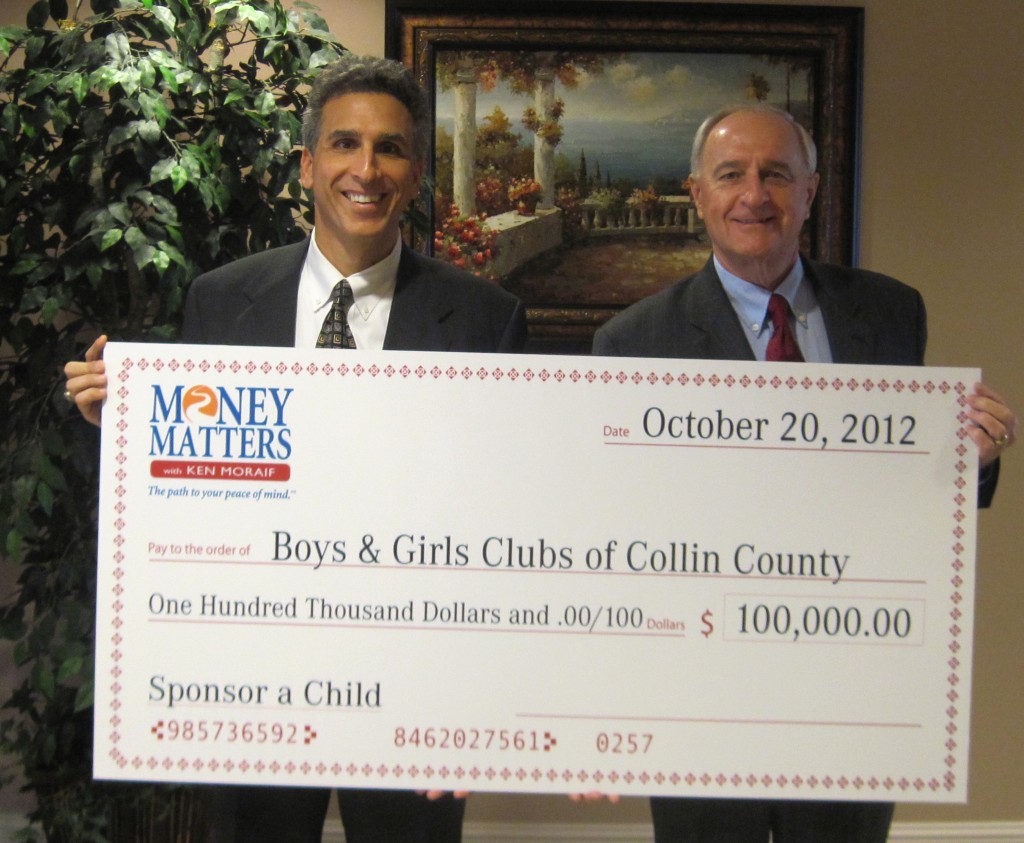 “Speaking on behalf of the thousands of children we support at the Boys & Girls Clubs of Collin County, we cannot thank this community enough for the caring, giving and dedication to changing the lives of so many”, said E. Michael Simpson, CEO for the BGCCC.  “This was an unbelievable outpouring of support for all the kids in our after school program, summer program and special outreach programs we provide that help young people make right decisions in life.”

The BGCCC has announced that next year’s Chrysalis Ball will be on Saturday, Oct. 5, 2013 at the Embassy Suites Hotel and Conference Center and that the Emerald City Band will be playing at the end of the evening.