Posted by BGCCC
Frisco, Locations, McKinney, News, Plano
Comments are off for this post

At the 2017 Chrysalis Ball, during the Sponsor A Child ask portion of the evening, Ken Moraif again offered a match of $100,000 for donations made for this program at the gala. Thanks to Ken, over $340,300 was raised that night during Sponsor A Child. Ken Moraif has been responsible for generating over $1.8 million being raised over the past seven years with his personal donations and his ask to match his donations. A special THANK YOU to Ken and his dedication to the children we serve. We also thank Ken for being the Title Sponsor of our Annual Charity Texas Hold’Em Poker Tournament that will be coming up in early 2018. 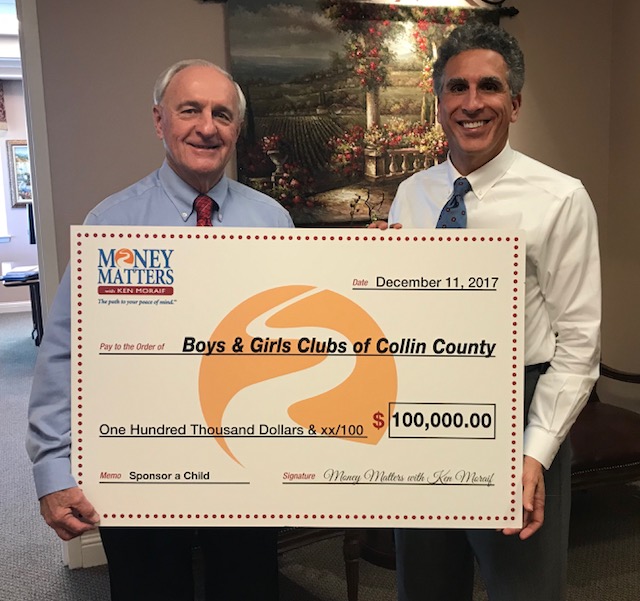